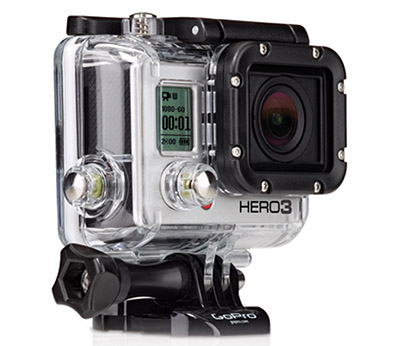 [Note: we moved this post to our online film school, Indie Cinema Academy, since that is a better place for it.]

As point of view (POV) camera image quality increases, they are being use more and more in projects with high production value, including feature films. As a result film techniques and support gear of the past has had to be rethought and redesigned in order for camera operators to fully utilize these lightweight, compact cameras.
A prime example of a powerful POV camera is the GoPro HERO 3: Black Edition with its 4k 15p resolution (and more realistically the 2.7k 30p mode, since who works at 15 fps?). There are a lot of other POV cameras on the market—including the Contour +2, JVC GC-XA1 Adixxion HD Action, and Sony HDR-AS15—but let’s be real: the Hero 3 OWNS the POV market right now. As proof of their near monopoly of this niche market, camera support companies not affiliated with GoPro Hero are tweaking their gear so that it works smoothly with these ubiquitous POV cameras. Below is a complete list of GoPro Hero 3 accessories, focusing mainly on aftermarket manufacturers. END_OF_DOCUMENT_TOKEN_TO_BE_REPLACED